Early Years
Torah education in America was in its infancy. Although New York City had begun to witness the growth of a network of Jewish day schools, only a few were dedicated to the education of girls.

Outside of New York, the only Jewish day school in the country was the Talmudical Academy of Baltimore, founded in 1917. The first Rabbinical College to strike roots beyond New York, the Ner Israel Yeshiva, was founded in 1933, and marked a healthy growth in Baltimore.

Despite Baltimore’s record as a leader in Jewish education, meaningful training for girls appeared remote and far off on the horizon. At this point, a group of individuals decided to embark on a new pioneering project, one that would complete the educational structure of the Baltimore Jewish community and would eventually help make Baltimore an example of excellence for the entire nation.

The vision of 1941 became a reality. Rosalie Taragin and Bettie Rose Cohn comprised the entire student body on the first day of school in June 1942, and the faculty was Mrs. Kurt Hess. The class met in the Anshe Emes Synagogue at 2241 Linden Avenue.

The quiet beginnings of 1941 and 1942 were already awakening widespread interest. Due to increased enrollment, larger quarters were found at the Congregation Zichron Abraham Nachman at 2107 Brookfield Avenue. The distinguished Baltimore communal leader, Mr. Nathan Adler, became Bais Yaakov’s first President and the school acquired a general studies faculty in the person of Mrs. R. Starr.

Four years after its founding, Bais Yaakov again lacked facilities to meet its rapid growth, and under the leadership of its President, Mr. Adler, and with the vital assistance of Mr. A. N. Shrago, Mr. Simon Miller, Mr. Samuel E. Kramer, and Mr. Samuel Steinbach, the property at 4637 Park Heights Avenue was purchased and the four year old Bais Yaakov was now in its own home.

Enrollment increased to over 100 students. Nathan Adler became Chairman of the Board of Directors and a new President, Henry P. Cohn, assumed the duties of administration of the school. Rabbi Herbert Davis and Mrs. Carolyn Rosenberg joined the Bais Yaakov staff. This year also witnessed the inauguration of the Bais Yaakov Day Camp.

Only three years after moving into its own facilities, Bais Yaakov was hard-pressed for more room to accommodate the school’s 130 students. A major initiative was undertaken by Mr. M. Leo Storch, Bais Yaakov’s Vice President, who rallied the support of the Board members. A 38-acre site was purchased at 4901 Greenspring Avenue. The school would now be housed in a twenty room stone structure.

After a short seven years, Bais Yaakov now occupied the largest and most beautiful campus of any Jewish day school in the country, thanks to the efforts of so many, including Bais Yaakov’s new Executive Director, Rabbi Samuel J. Labkovsky. 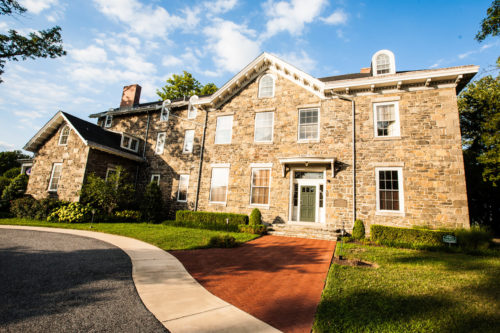 Bais Yaakov continued its growth at an accelerated pace. Buildings on the former estate, previously a garage, a greenhouse and a barn, were converted into additional classrooms as the school’s enrollment continued to swell.

Bais Yaakov obtained the services of a young educator who had already earned a notable reputation in Jewish education. Rabbi Hirsch Diskind assumed the role of Dean and Bais Yaakov witnessed the beginning of a new era of education.

Disaster struck Bais Yaakov. A fire of unknown origin gutted the main building of the school on the night before the June graduation exercises. Bais Yaakov’s main building was rendered unusable. Feverish work and the generous cooperation of the entire Jewish community provided makeshift facilities in various buildings around Baltimore for the fall school term.

The disaster of 1955 spurred plans for the future, and construction began on a new elementary school building. The gutted main building was completely restored and Bais Yaakov’s adversity was turned to opportunity.

The extraordinary physical challenges did not stand in the way of progress and the senior high school commenced with the inauguration of a 10th grade class. Rabbi Meir Moshe Haber, a rising star in the field of chinuch, assumed the position of the first Principal of the newly formed High School.

The new modern elementary school building was dedicated.  Now at least one division of Bais Yaakov was operating in modern facilities second to none. 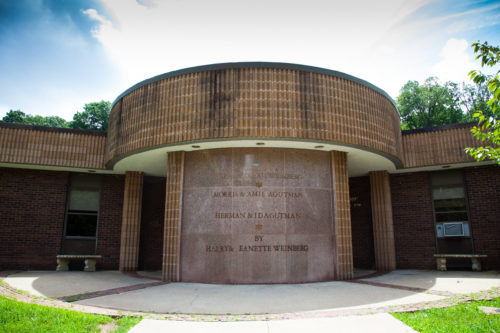 The high school graduated its first class, and Bais Yaakov celebrated eighteen years since its inception. Bais Yaakov was now a fully accredited educational facility. All of the graduates continued on to institutions of higher learning, both in religious and secular studies.

The high school was named for Mrs. Eva Winer in recognition of the Winer Family’s contributions to Bais Yaakov.

After Rabbi Haber’s untimely passing in January, Rabbi Binyomin Steinberg, a young scholar, assumed the position of Principal the following September. This year marked Bais Yaakov’s suburban growth with the opening of its first branch at Woodmoor Synagogue, at Liberty Road and the Beltway.

Rabbi Reuven Savitz, a native of Baltimore and a former executive at the Rabbi Chaim Berlin Rabbinical Academy, joined Bais Yaakov as its Executive Director.

Twenty-five years of steady growth. A quarter century of service to Klal Yisroel. Bais Yaakov’s history had only begun.

Bais Yaakov was fortunate that Rabbi I. Ari Flamm assumed the position of Executive Director.

Our beloved President, Mr. M. Leo Storch, passed away. He had been President of the school for ten years and was a pillar of Bais Yaakov. Rabbi Ari S. Neuberger assumed the position, continuing his role as a dynamic leader in the community.

The burgeoning growth of the Jewish community and changing demographics forced Bais Yaakov to search for a larger campus. With the purchase of forty-eight acres of land in Owings Mills, MD, Rabbi Neuberger and Rabbi Flamm initiated an aggressive building campaign.

Even before the new building was completed additional classrooms were added to keep pace with the dramatic growth in the student population. The new campus was dedicated in memory of Mr. Isaac H. Taylor.

Rabbi Mendel D. Freedman assumed the position of General Studies Principal of the elementary school. Rabbi Freedman was prominent as a leader of Baltimore youth organizations and had been a Rebbe at the Talmudical Academy for a number of years.

Rabbi Hirsch Diskind retired as Dean of Bais Yaakov, where he had been guiding the education of our “Mothers of Tomorrow,” even into the second generation of students.

Crowded conditions at the Owings Mills Campus led to the establishment of the middle school at a leased site on Smith Avenue. Rabbi Naftoli Hexter, a prominent educator, was chosen as Principal of the newly established division. 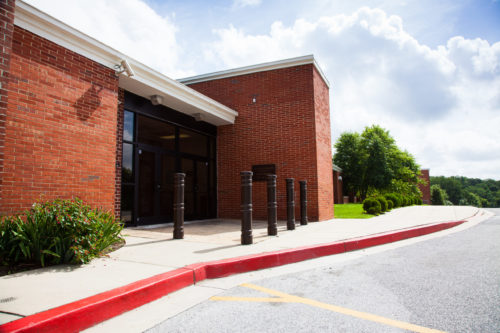 The middle school was named “The Rabbi Benjamin Steinberg Middle School” in tribute to the dynamic leadership of Rabbi Steinberg and through the generosity of his family.

To accommodate even more growth, Bais Yaakov purchased the twenty-six acre Smith Avenue Campus together with the existing building. It was decided to build a new high school at the Smith Avenue site.

A complete renovation to the existing building and a 12,000 square foot modern addition were underway for the Rabbi Benjamin Steinberg Middle School. 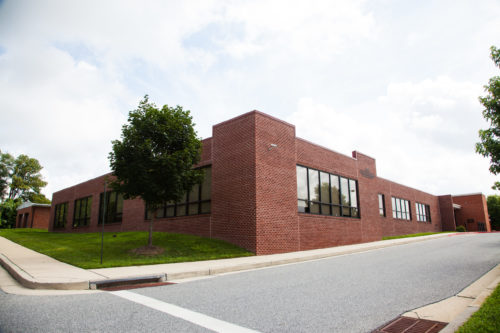 The long-awaited moving day arrived. The start of the 2003 school year found the Eva Winer High School spaciously occupying its state-of-the-art modern 87,000 square foot facility, located at the top of the hill at 6302 Smith Avenue.

Continued growth required even more space. After a year of comprehensive planning, construction began with the ground breaking of the new Mrs. Laure Gutman Building on the Smith Avenue Campus.

The school year began with a Chanukas Habayis, celebrating completion of the Mrs. Laure Gutman Building. With the Owings Mills Campus overflowing, the Fifth Grade joined the middle school on the Smith Avenue Campus. 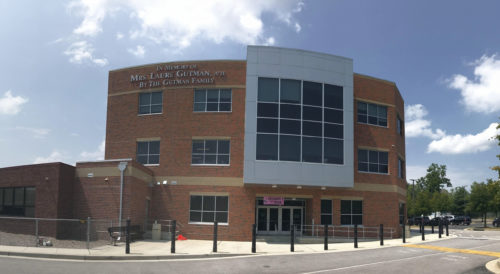 On the occasion of his first yahrtzeit, Bais Yaakov dedicated the Rabbi Mendel D. Freedman Elementary School Building on the Park Heights campus. 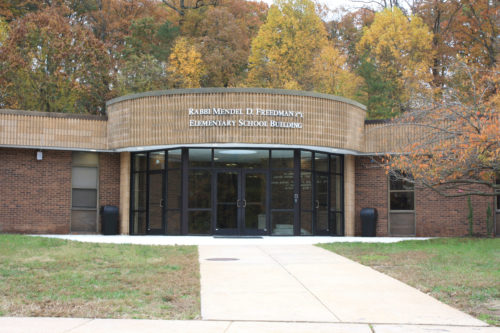